At this special time of year, it’s good to pause and reflect on matters of family. One of the things I often find myself thinking about is humanity’s complicated relationship with honesty, which is vividly illustrated by most of us who are parents. We raise our kids teaching them to tell the truth, but we do this while lying to them constantly. Why do we lie? Almost invariably, we lie when there’s a conversation we don’t want to have. We lie to make things simple, and to make problems go away.

There are three really big lies that we weave though childhood. The Tooth Fairy, Easter Bunny, and Santa Claus (spoiler warning I guess). On the surface, all celebrations of milestones, events in a year … but really, at the end of it all, each one a conversation we don’t want to have. The Tooth Fairy I get. When you’ve got a young kid in your care who’s really only just come to terms with object permanence, the discovery that pieces of their own body can actually just fall off is somewhat distressing. You’ll say anything to make them feel better in that situation, and all parents know that bribery is a reliable method to soothe most ills. If you’ve got an extra-inquisitive child who starts asking the hard questions about why this alleged fairy actually values the teeth so much, you just need to hint that any further investigation down this line would result in the money stopping, and you’ll pretty promptly be given a solemn nod. Kids know what the deal is.

The next big lie on the journey to adulthood is the Easter Bunny, and again, that one kind of makes sense. We don’t want to have the conversation explaining about this one, because nobody actually understands. Something to do with death and rebirth which logically progresses to chocolate eggs and an anthropomorphic rabbit courier … nobody wants to be the one giving that presentation to an audience of any age.

Apparently one of the factors in the rabbit angle is that once upon a time it was believed that rabbits were hermaphrodites, and reproduced without losing their virginity. Presumably this was believed mainly by people who had never seen rabbits, or possibly only seen them on plates and had thought the lack of any obvious genitalia was not part of the same process that induced the lack of other things like “skin”, and had raised its body temperature significantly above normal.

We can easily fall back on the bribery angle to shut down anyone who’s too much of a free thinker again here. We have an understanding that chocolate will be delivered. A nod’s as good as a wink to a rabbit on a plate.

Santa Claus though? What’s the basis for that? Let’s pretend for a moment that we’re not avoiding any difficult conversations and just roll with it.

“My darling child. We humans like milestones, we like markers. Our calendar is replete with them. At the close of each year, and the beginning of the new, we like to reflect on the time now past, and the people closest to us. We celebrate by exchanging gifts, gifts that ideally reflect the connections we feel towards each other and the love that we feel.

“We give gifts to show how precious we are to one another, and how we’ve seen what our loved ones desire and have worked for them to have it. Life is dark at times, and strange, but above all we should keep in mind that we are all in this together.”

Why the hell would we want to do that, when it’s much easier to avoid the whole messy, emotional business and throw a big lie in a red suit into the mix. “My darling child. All throughout the year, an old man watches everything you do. He makes notes, and assesses each action based on his perception of whether it is ‘naughty’ or ‘nice’. At the close of the assessment period, he travels to your home, breaks into it while you and your family are asleep, and he delivers his judgement.

“Let’s leave a glass of milk and some cookies out for him!” 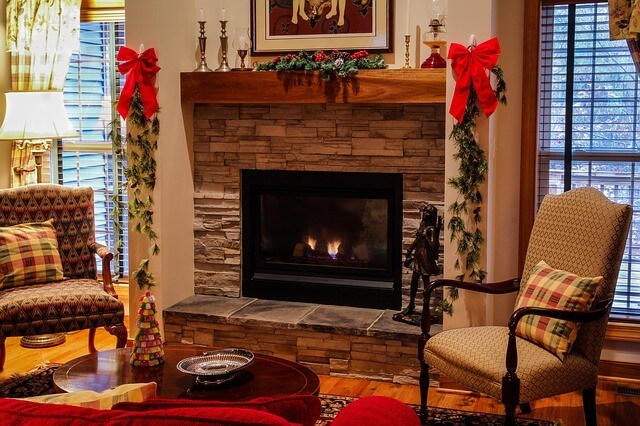