We think ducks are pretty Grouse (unlike grouse, which are pretty dumb). We’ve always featured ducks on the various iterations of Grouse through the years, but there’s never been a comprehensive guide to ducks before. Here are some sweet Duck Facts!

What exactly is a duck?

Ducks are birds that belong to the bird family Anatidae, along with geese and swans. Ducks are sometimes referred to as waterfowl. They can live for up to 12 years depending on the breed.  The ducks most people recognise from farms and in ponds is the pekin duck which is a descendant of the mallard duck bred in China over 1000 years ago. Ducks are kept for food providing both meat and eggs. Ducks feathers from the eider duck called “eiderdown” are used in bedding and clothing. Ducks are also kept as companion animals.

What makes ducks so freaking sweet?

Ducks have been a long-time favourite for children’s books and stories. Here are some famous ducks and a little bit of trivia about them in no particular order.

Ferdinand was the duck in the 1995 movie Babe. He spent the entire movie trying to be useful so that the Hoggetts wouldn’t dine on his tasty flesh.

The Warner Brothers’ Daffy Duck has been gracing our screens with his presence since 1937 when he first appeared in the Looney Tunes short “Porky’s Duck Hunt“. He is famous for getting shot in the face by Porky Pig and having his bill spin around his head. Disturbingly the Internet does NOT appear to have an accurate count for the number of times he has been shot by Porky Pig. Suffice to say it’s more times than 50 Cent.

Walt Disney’s Donald Fauntleroy Duck has been around for even longer than Daffy, having been created in 1934. He is primarily known for is quack-ish, semi-intelligible speech and his incredibly short temper. He is also one of the only Disney characters to have an official middle name which was shown in the 1942 short film “Donald Gets Drafted“

Count Duckula (a personal favorite of the author) originally appeared on the British TV show Danger Mouse and was popular enough that in 1988 he was spun-off into his own series that lasted for five years. Count Duckulas main rival is the mad scientist and vampire hunter Dr. Von Goosewing whose name is a spoof of Abraham Van Helsing who hunted the original Dracula.

Seasame Street’s muppet Ernie had a bath toy called Rubber Duckie that he loved so much he wrote a song about him. The accompanying song sung by Jim Henson reached number 16 on the pop music Billboard in September 1970. In 1992 roughly 28,000 rubber ducks and other rubber bath toys called Friendly Floatees were lost overboard in a shipping accident. These toys and their movements around the worlds oceans have been used to track ocean currents by scientists.

Marvel Comics’ Howard the Duck was created in 1973 by Steve Gerber and Val Mayerik. The comic itself is considered existentialist and the main joke, according to the writer, is that there is no joke and that “that life’s most serious moments and most incredibly dumb moments are often distinguishable only by a momentary point of view.”

It was made into an incredibly, incredibly bad movie in 1986 by George Lucas but more recently has been thrust back into the spotlight by being the special cameo character in a Marvel after credit scene prompting speculation that a new Howard the Duck movie may be in the works.

Most people between he ages of 28 and 34 should instantly recognise this duck. Duck Hunt was published by Nintendo for the Nintendo Entertainment System game and made its initial debut on April 21st, 1984 in Japan and October 18th, 1985 in North America. 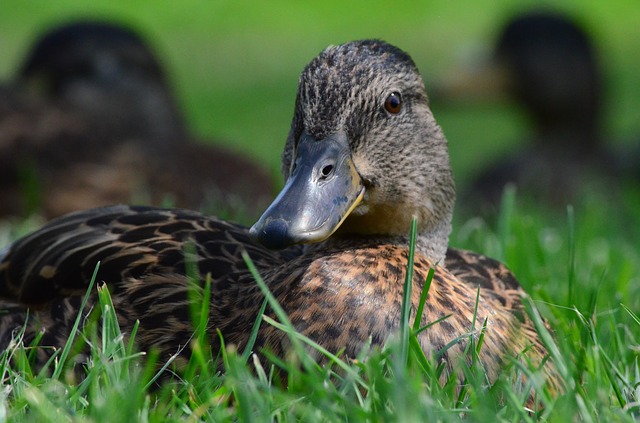